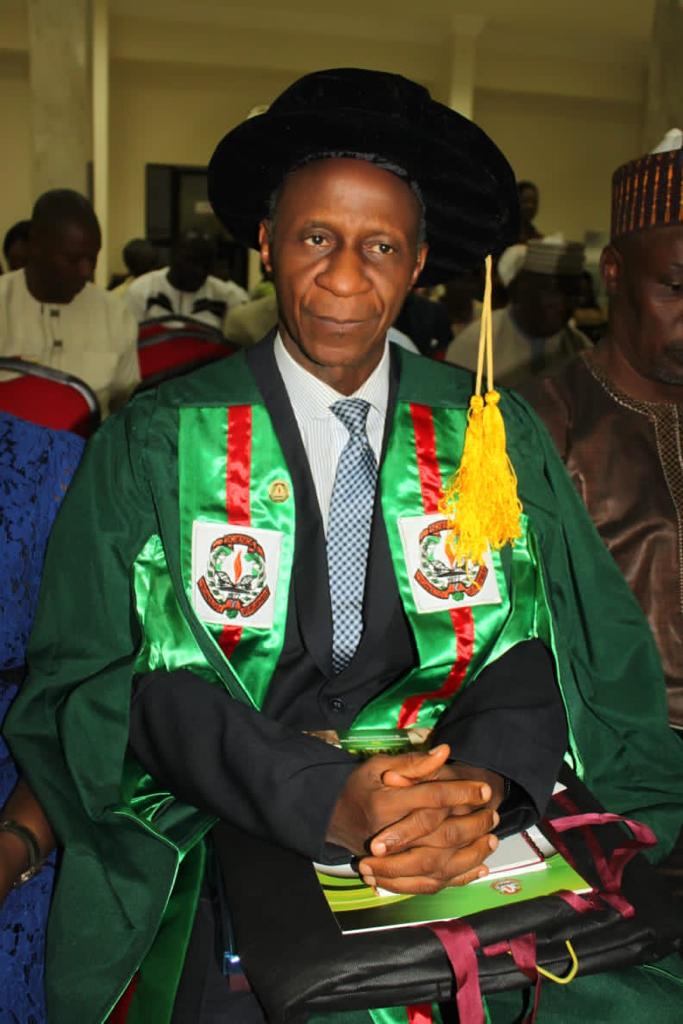 Elias Bogoro began his career in academia in 1984 as a pioneer Graduate Assistant in ATBU School/Faculty of Agriculture. Rising through the ranks, he became a Professor of Animal Science in 2003 [with specialties in Biochemistry & Ruminant Nutrition]. He was actively involved in the establishment of a comprehensive Dairy Research & Development [R&D] Research Centre at the University, which project is operational with impressive results.

Appointed the pioneer Director of ATBU Agro-Meteorological Centre in 2004, Professor Elias Bogoro also served as Chairman, Governing Council of Federal Polytechnic, Nekede-Owerri, Imo State, between 2005 and 2007. In that capacity, he successfully initiated and pursued unprecedented transformation of that polytechnic for which he received a Fellowship – the first & only of that category to date.

In April 2014, Professor Elias Bogoro was deservedly appointed Executive Secretary of the Tertiary Education Trust Fund [TETFund].  In that position, he has consistently advocated the institutionalisation of R&D in Nigeria’s tertiary educational institutions to render them more globally competitive and relevant to industry needs. He created a Department of R & D at the Fund; to coordinate the establishment of R&D Units in all public tertiary institutions and provision of funds for an R&D Standing Committee of some eminent researchers in Nigeria & the Diaspora. Efforts are also on to float Research & Development Foundation for the country.

His tenure at TETFund has also witnessed steady improvements in academia-industry collaboration to deepen R&D for sustainable national development.

At ease with teaching, supervision, mentoring & journal reviews, Professor Elias Bogoro is a prolific researcher with over 65 presentations in local & international journals as well as other learned fora, including 8 Convocation Lectures. On research, he improved on a Rumen Fermentation Model and developed a Modified Re-entrant Rumen Cannulation Surgical Technique for enhanced understanding and tooling of rumen metabolism for bulls and rams. He is also a Collaborating Scientist to the Raw Materials Research & Development Council [RMRDC] as well as Consultant, Team Leader, and Project Manager for quite a number of projects sponsored by the Federal Government of Nigeria, The World Bank, UNDP, USAID, DfID, among others.

Recipient of the 2015 Nigerian Society for Animal Production Captain of Industry Award, he is the Trustees Chairman of the highly-impactful NGOs — “Forward in Action for Education, Poverty, and Malnutrition”, “National Association for Peaceful Elections in Nigeria” & Society for Peace Studies & Practice”.

He is happily married with children to Hon. Justice Yellim Bogoro of the Federal High Court.

Ladies & Gentlemen, we invite Professor Suleiman Elias Bogoro to receive the “2021 Hallmarks of Labour Role Model Award for Outstanding Contributions in the Field of Education”.