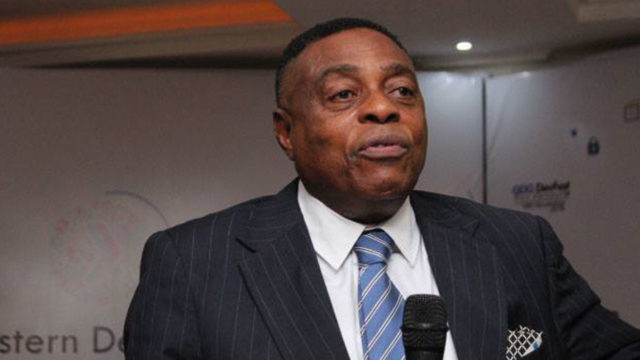 Nimi Briggs a renowned academic, obstetrician and gynaecologist and university administrator studied in Lagos and London as well as having short courses, sabbaticals and study leaves at the UNESCO Paris and John Hopkins University, Baltimore.

He commenced his academic career at the Ahmadu Bello University and later transferred to the University of Port Harcourt where he served as vice-chancellor of the institution on three different occasions-twice in acting and once in substantive positions. His period as the vice-chancellor witnessed such a turnaround in the fortunes of the institution that he became generally known as the Father of Modern Uniport. His book, Turning The Tide is a must read for all persons interested in university administration. He has served as chairman, Association of Vice-Chancellors of all Nigerian Universities, chairman of the Board of the National Hospital, Abuja and that of the University of Benin Teaching Hospital.

In Abuja and Benin, his board established the first Invitro Fertilization and Embryo Transfer unit in a public health facility in Nigeria and the first Stem Cell Transplantation Unit in West Africa, respectively.

He is a Fellow of the Royal College of Obstetricians and Gynaecologists London, the two postgraduate medical colleges in Nigeria, the academy of Medicine and the Academy of Science. He is a member of the Court of Governors of the College of Medicine of the University of Lagos, a Distinguished Alumnus of the parent university, a Justice of the Peace in the Rivers State of Nigeria, an Officer of the Order of the Niger (OON) of the Federal Republic of Nigeria, an Emeritus Professor of the University of Port Harcourt and the Pro-chancellor and Chairman of the Governing Council of two universities, In 2004 the National Universities Commission declared him the best vice-chancellor in the Nigerian University System.

He has served as a reviewer for several journals including the Lancet. He is also an International Adviser to the Annals of Tropical Medicine and Parasitology of the Liverpool School of Tropical Medicine and Hygiene. The post graduate students hostel at the Institute of Petroleum Studies of the University of Port Harcourt and a 100-bed hospital owned by the Rivers State Government and located at the Rivers State University in Port Harcourt, are named after him. He is married to Lady Data Nimi Briggs. They are blessed with three children.

ladies and Gentlemen, it is with immense pleasure that we invite Emeritus Professor Nimi Dimkpa Briggs to receive the HALLMARKS OF LABOUR AWARD for outstanding contributions in education.