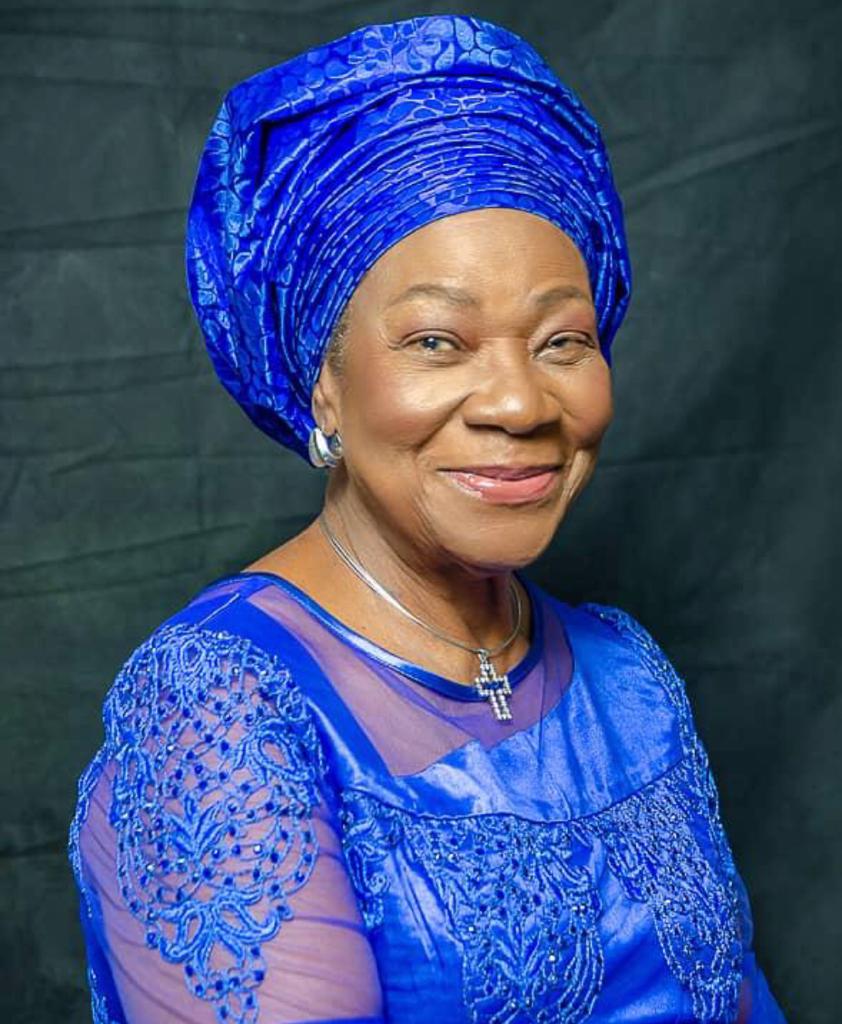 A Matriarch of the Broadcast Industry, Teacher, Mentor & Community Leader, Mrs. Stella Marie Awani [Nee Madunta] was born on December 2, 1939 in Akwete Town, Ndoki, Abia State. She obtained her formal education variously at Holy Rosary Convent, Enugu [under the care of Nuns], Our Lady’s High School, Kaduna, and Queen of Apostles College [QAC], also in Kaduna. It was at QAC that she acquired the culture and values that define her life today as it was a merger of Grammar and Finishing Schools.

Armed with the Senior Cambridge School Certificate, Stella Awani was enrolled at St. Agnes Teachers’ College, Maryland-Lagos following which she taught for 3 years at her alma mater, Queen of Apostles College. On Christmas vacation in the home of Mr. & Mrs. Obi Ebo – the former a popular gifted Radioman and News-Reader – she was influenced to pursue a career in Broadcasting.

Auditioned in January 1962 by the famous Sam Nwaneri – the then Controller, Nigeria Broadcasting Corporation [NBC], Eastern Region – she was employed “on the spot and put on Air!” Thus began an enriching and fulfilling sojourn in the exciting field of Broadcasting.

Mrs. Stella Awani started work in the NBC as an Announcer Trainee; and was transferred to Lagos Headquarters after three years – and promoted. Then came the golden opportunity of training at the world-renowned BBC, London. Such was her performance that her Trainers recommended in their report that she be moved to the Training Unit of NBC as a Trainer.

Though she continued her duties as a Continuity Announcer, Mrs. Stella Awani was ‘loaned’ regularly to the Radio Nigeria Training School to handle Presentation Courses for Announcers and News-Readers. Indeed, she brought her teaching skills to bear on the nation’s broadcast industry, patiently guiding her students through the fundamentals of phonetics and presentation. Her ability to motivate and organize others has had a lasting effect on the broadcast community. She really worked and researched assiduously on both substance and presentation of broadcast material, which efforts paid off as she groomed quite a number of later top-flight Broadcast/Media Practitioners in Africa. These include John Olatchy Momoh [Founder & CEO of Channels Television], Patrick Oke, Jones Usen, Siene All-Well Browne, Ronke Ayuba, Soni Irabor, and Mani Onumonu.  Even in retirement, she still follows up with many of the broadcasters who went through her tutelage as their personal adviser.

With her full-time posting to the Training School, Mrs. Stella Awani attended a number of professional courses, including a Diploma programme at the University of Connecticut, Hartford-USA. She also edited The Insider — Broadcasting House Newsletter.

Appointed the pioneer Controller, Spoken Word, this Amazon of Nigerian Broadcasting successive attained the positions of Manager, National Training & Manpower Development; and Manager, National Programmes. She retired from the Corporation’s full-time service in 1985.

An active member of the Anglican Communion, Mrs. Stella has, even in retirement, groomed several Clergy in Effective Communication as well as personnel of some corporate bodies in the public and private sectors. Among other societal development bodies, she is also a member of International Inner Wheel of Rotary International, Christian Sisters’ Society of Benedictine Word Incarnate Monastery, Blessed TANSI Prayer Group, Board of Lectors of Lagos Archdiocese, and Christian Sisters United Association of Professionals – from which she has received numerous awards.

She was happily married, with children & grandchildren, to Arc. Dan Edo Awani of blessed memory.

Ladies & Gentlemen, we proudly invite Mrs. Stella Marie Awani to receive the “2021 HLF-Christopher Kolade Award for Excellence in Leadership & Professionalism in the Media”.