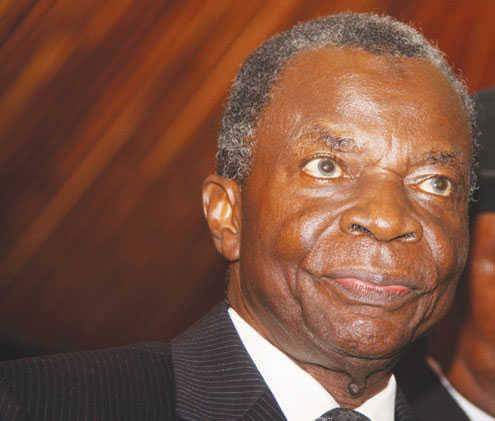 Known for his characteristic courage and principled tenacity, the Honourable Justice Isa Ayo Salami was born in Ganma in today’s Kwara State on October 15, 1943. He obtained his early education in Offa and Kano, and successively enrolled into the famed Institute of Administration of the Ahmadu Bello University, Zaria and the Nigerian Law School, Lagos. He was admitted to legal practice in June 1968.

Isa Ayo Salami’s professional career has taken him through the mill of jurisprudence and advocacy; from which he emerged as a man of honour and proven integrity.  After a stint with the Nigeria Custom Service, he served in the public services of the then North-Central, Kwara and Kaduna States variously as a State Counsel, Solicitor-General & Permanent Secretary, and Deputy Director of Public Prosecution.

As President of the Court of Appeal, Honourable Justice Isa Salami was confronted with the challenges of powerful vested interests that have over the years sought to pervert the course of justice and thereby to perpetrate many other unwholesome acts against the national interest. Among others were a number of electoral tribunal cases where unprecedented levels of pressure — in bribery and intimidation — were brought to bear on him and his colleagues. As has been widely-acknowledged, “he shunned money, shunned power and confronted oppression to uphold Justice, by over-turning corrupted results and declaring the cheated contestants as the truly elected candidates”.

Offered a seat in the Supreme Court of Nigeria to get him out of the way, he rejected the appointment for which he was suspended from office – an unjust punishment he was still serving when he attained the mandatory retirement age of 70 years.

Unbowed and uncompromised by the tribulations triggered by his traducers, he remains one of the relatively few public officers who vacated highly-sensitive positions with their good names and integrity in one piece. Indeed, he sacrificed his career in his passion for justice, honour and integrity.

Distinguished Ladies & Gentlemen, we are proud to invite HIS LORDSHIP, HONOURABLE JUSTICE ISA AYO SALAMI, OFR a distinguished jurist, a man of great integrity, a fearless and courageous fighter, who richly deserves the title – Le Coeur de Lion – the Lion Hearted to step up and join the league of worthy patriots of the HALLMARKS OF LABOUR ROLE MODEL (HLR) recipients.