Each of the schools also received the Foundation‘s cash price of One hundred thousand Naira ( N100, 000) in addition to two senior secondary Science laboratory kits each donated by the Minister for Science and Technology. Dr. Ogbonnaya Onu said that the Donation of the six science kits to the three schools is in support of the Foundation’s efforts to improve the standards of learning in schools through healthy competition. He added that such gestures will encourage the pupils and even other schools to work harder. He concluded by congratulating the awardees and commended the Executive Secretary of Hallmarks of Labour Foundation, Mrs. Patricia Otuedon-Arawore for the great work the Foundation is doing for Nigeria. 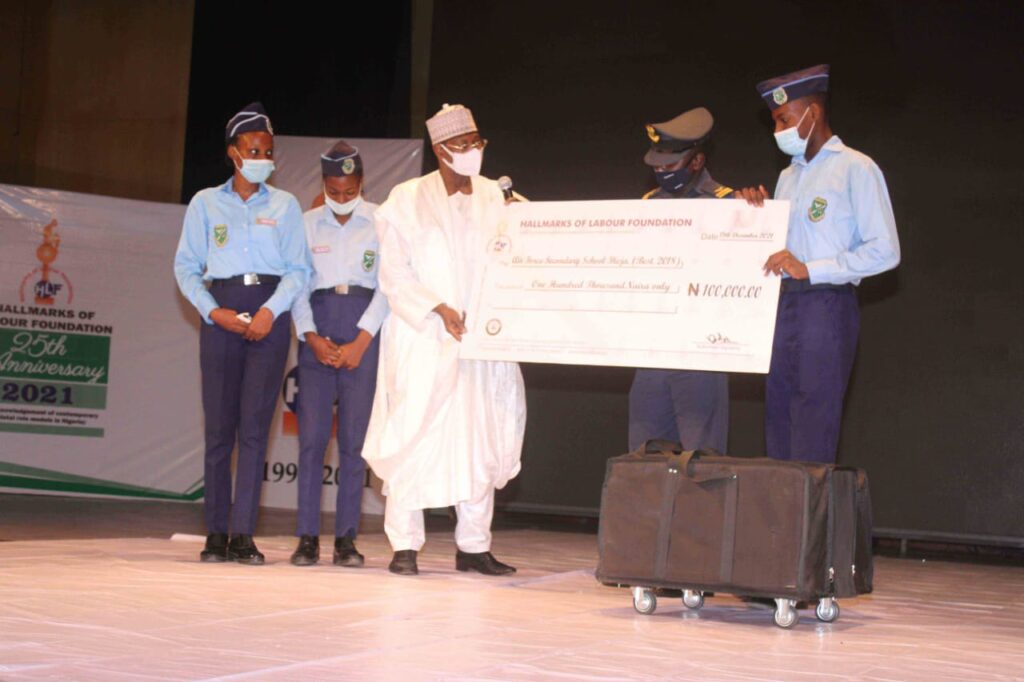 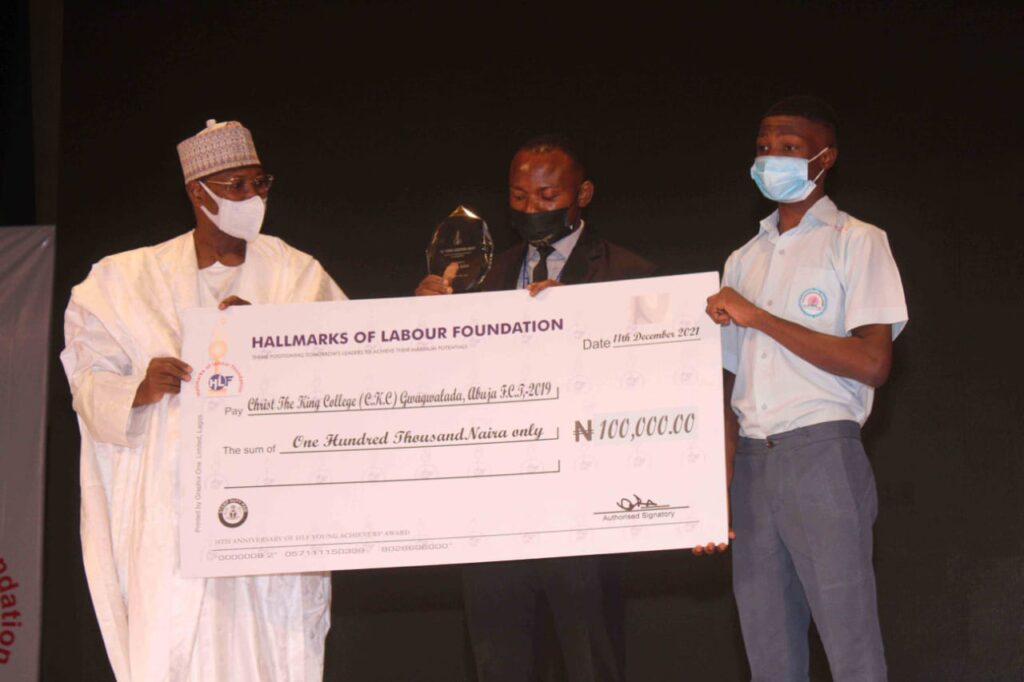