Speech by the Executive Secretary at the HLF 15th Anniversary 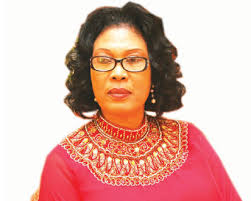 “For us as a Foundation, we will continue in our quest to

change the mindset of Nigerians and

Hallmarks of Labour Foundation (HLF) celebrates her 15th anniversary in October 2011. HURRAY!  Fifteen Glorious Years! Oh, how time flies! But, it is also a time to pause and reflect on how it all started, in the year 1996.

Indeed the 1990s were great years, but it was also a period that some of us will describe as one of the darkest moments in Nigeria’s chequered political history, especially as our reputation amongst  the League of Nations was at its lowest ebb. To the outside world, the average Nigerian was a criminal of sorts, fraudsters popularly known as 419, drug smugglers etc.

At International Airports of entry, we were subjected to the worst indignities. We were stripped off our clothing, to ensure that we were not concealing banned substances. Nigeria became a Pariah in the International Community while criminal minds bestrode our landscape with absurd lifestyles bordering on criminal extravagance. Thus, people with no visible means of income rode the best cars, lived in mansions and spent money with careless abandon. A wave of negative role models emerged.

In the mean time, what happened to the law abiding Nigerians, the professional class-Doctors, Engineers and Teachers etc…..? Mild recognition from a bewildered citizenry, we dare say!

It was therefore in light of this increasing decay on our moral fabric, occasioning dishonest practices, inefficient management of funds, natural resources and lack of transparency by various governments, that HLF was conceived with the following aims and objectives.

*  To search for and identify Nigerians, Africans and people of the Black race who have achieved success through hard work, honesty and integrity in every field of human endeavours.

*  To use the achievements of these Role Models as examples to educate Nigerians that success through genuine labour is more rewarding and fulfilling.

*  To develop a positive attitude among Nigerians especially the youths, and encourage them to discard fraud, dishonesty and greed as a means to success.

*  To help make Nigeria a decent society that deserves the respect of other nations of the world, thereby enhancing investment and tourism.

WE ARE CONFIDENT THAT NIGERIA IS NOT A LOST CASE

There are in our society, men and women with exemplary character, who in spite of all odds have embraced hardwork, honesty and integrity with lofty, enviable achievements to show for it. Great Nigerians who can match and even out shine their counterparts anywhere in the world. It was upon this truth that the Hallmarks of Labour Foundation was born in 1996.

THE JOURNEY SO FAR

In the last 15 years, Hallmarks of Labour Foundation has projected hard work and excellence and consistently promoted the best of Nigeria, through its yearly AWARDS to Nigerians who have made giant strides and great contributions to the Nation; through their exemplary lifestyles and great leadership skills. The Foundation has also published several books and aired television documentaries, on these great Nigerians to showcase them as role Models to the youth and as notice boards to announce to the people that, indeed, there is dignity in labour. By doing so, the Foundation continues to give the Nigerian Youth a choice and encourage them towards the path of honesty, patriotism and dignity in labour through character emulation.

In 2008, the Foundation decided it was time to begin to catch them young. To nurture and groom tomorrow’s leaders, mindful of the fact that the investment in our human capital is crucial to our development as a nation. No nation can be truly great unless the mental energy of her youth is properly harnessed. It is to this end and also in pursuit of our primary objective to promote the virtues of hard work, honesty and integrity in Nigeria that Hallmarks of Labour Foundation Annual Secondary School and Tertiary Institution Scholarship Scheme was established, with a focus on the indigent children of the Niger Delta.

The Foundation over the years has organised several workshops and symposia at national level and at university campuses with the following aims:

*  To enlighten the Nigerian public, rekindle the awareness of their civic rights and responsibilities and show how their performance or otherwise can affect the nation’s development

* To change the mindset of Nigerians and awaken in them the spirit of Nationalism, Patriotism and Loyalty.

In addition to workshops, symposia and lectures, the Foundation continues to organise periodic primary and secondary schools visits for Role Models to act as mentors to students especially in the area of uprightness of character, patriotism and good citizenship in addition to special editions of the programme, “Hallmarks of Labour” being played to the students.

Our Annual Empowerment Scheme, which also started in 2008, has provided small scale business equipments and various items for trading plus cash gifts as start up capital to numerous widows and the needy.

Despite all attendant difficulties in situating projects in the creeks, we are pleased to state that Hallmarks of Labour Foundation has successfully commissioned the Uwangue Otuedon-Okome borehole water project in Jakpa, Warri North Local Govt. Area of Delta State. This water project commissioned in 2009 is the only drinking water borehole on the Benin River axis. This is the sad irony of a people, who though live on water, are surrounded by water and yet have no water to drink. We are also informed that the borehole apart from serving as a source of drinking water, is also a means of livelihood to the women of the Community who sells buckets of water to …………

We celebrate our first Role Model in the person of late Prof. Thomas Adeoye Lambo, first African Psychiatrist and first Deputy Director-General of the World Health Organization (WHO) on the 28th of November, 1997, almost fourteen years ago! Since then our list of Role Models, twenty-seven in all remains impeccable and faultless, little wonder, that the Hallmarks of Labour Role Model Awards have been described as the most prestigious Awards in Nigeria.

Men and Women, whom by their achievements and sacrifices have stamped their foot prints on the sands of time, and have become worthy examples for the younger generation to emulate. We salute them as they join the role call of eminent Hallmarks of Labour Recipients.

WHAT DOES THE FUTURE HOLD FOR HALLMARKS OF LABOUR?

The Foundation would like to use the Occasion of this 16th Anniversary to create awareness and seek sponsorship for its ongoing projects in the area of funding for our Annual Secondary School Scholarship Scheme which till date is funded with the help of our partners, all of whom are private individuals. At this juncture, we cannot but remember our beloved partner, Mrs Remi Ayida, our greatest individual sponsor who passed away in June this year. May her gentle soul rest in perfect peace.

We plan to expand the scope of the scheme and enlarge the number of Annual Beneficiaries. We also intend to build a Modern Community Library with on-line facilities in Warri, Delta State. Indeed, we are happy to note that the land for this project has already been purchased by the Foundation.

Finally, our ultimate objective is to build a Hall of Honour where the names and portraits of all our Recipients, HLR, will be engraved for all time. In time also, this Hall will become a museum of nation builders: great men and women who have made history, serving as inspiration and providing the much needed national pride and patriotism.

Hallmarks of Labour Foundation, welcomes you all to this epoch making event of our 15th Anniversary Celebration and Awards. Again, we congratulate our worthy Recipients of today’s Awards. We thank them also for their numerous achievements from which Nigeria has greatly benefited. No doubt, the time has come for us to join hands to make Nigeria a decent society, a great nation that deserves the respect of other nations of the world. For these are the principles for which Hallmarks of Labour Foundation was founded.