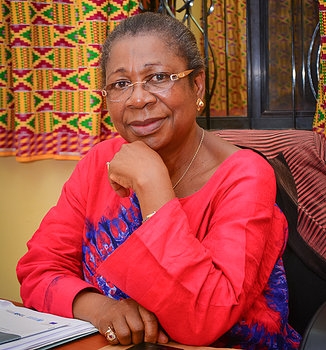 A Biologist, Public Health Specialist and Professor of Medical Parasitology, Uche Veronica Amazigo  is one of the few Africans to have led a specialized UN Agency, overseeing a highly successful multilateral, multidisciplinary partnership in global public health. She has intertwined the Life Sciences and Social Sciences in a life-long struggle to help overcome River Blindness (Onchocerciasis), which has blighted the African Continent for centuries.

Her discovery led to the creation of the WHO-coordinated African Programme for Onchocerciasis Control (APOC) in 1995. She pioneered the innovative Community-Directed Treatment (CDT) strategy, for the distribution of the drug ivermectin to over 300,000 African communities, resulting in the near elimination of the river blindness disease.

She has been widely recognized for her work with numerous awards and honours, including the President George W. Bush award (2008); Knight of the National Order of Burkina Faso (2011); António Champalimaud Vision Award (2011) and Thailand’s prestigious Prince Mahidol Award (2012). She holds an honorary D.Sc. degree from the University of KwaZulu-Natal, South Africa (2013). She is a Fellow of the Nigerian Academy of Science (FAS) and the UK’s Royal Society of Tropical Medicine & Hygiene. For over three decades, partnering with at least 30 governments, 16 major NGOs and thousands of devoted individuals throughout sub-Saharan Africa, she expanded community participation in governance and self-help from a health- delivery perspective. Since retiring as APOC Director, she established and is currently heading an NGO which trains and supports mothers to provide a comprehensive feeding and health programme for their children in rural schools.

With over 100 publications and 68 in international peer reviewed journals, Professor Uche Amazigo’s valuable discovery which led to the expansion of the treatment of river blindness has brought an end to the social stigma and isolation of adolescent Africans, particularly women and girls for centuries. More than 1.5 million rural Africans have joined in the distribution of the drug to fight river blindness and other neglected tropical diseases.