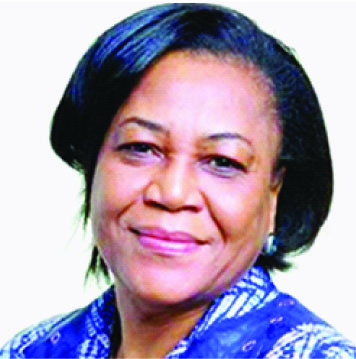 An accomplished Scholar, Diplomat, Administrator, Professor of Political Science & International Relations, Ambassador Mrs. Joy Uche Ogwu was born in Lagos, but hails from Asaba in Delta state. With degrees in Political Science and specialization in International Relations and Diplomacy, Professor Joy Ogwu has served Nigeria and the international community with quiet dignity and a sense of mission, in several strategic capacities; and with commendable results.

Appointed the first female Director-General of the NIIA during which tenure she invigorated the nation’s Foreign Policy Think-Tank for about 5 years. In that capacity, she was also a Member of the Presidential Advisory Council on International Relations. In 2006, she was appointed Minister of Foreign Affairs of the Federal Republic of Nigeria and was named the nation’s Permanent Representative to the United Nations – a position in which she served meritoriously for two terms of 8 years.

Among her other international assignments are: the pioneer President, Executive Board of the United Nations Entity for Gender Equality and Empowerment of Women; A Trustee of the UN Institute for Training & Research [UNITAR]; the first four-time President of the UN Security Council; seven-time Chair, Special Committee of Peace-Keeping Operations; First African President of the UN Programme of Action on Small Arms & Light Weapons; and a Board Member of Conversation For Change.

An Officer of the Order of the Federal Republic [OFR], she is a worthy recipient of several other honours, including: Spirit of the United Nations Award, UN Ambassador’s Biblical Values Award, and Diploma of Honour of the International Biographical Centre, Cambridge, England.

She was married with children & grandchildren to Dr. Alloy Ogwu, an accomplished Surgeon who passed on a few years ago.