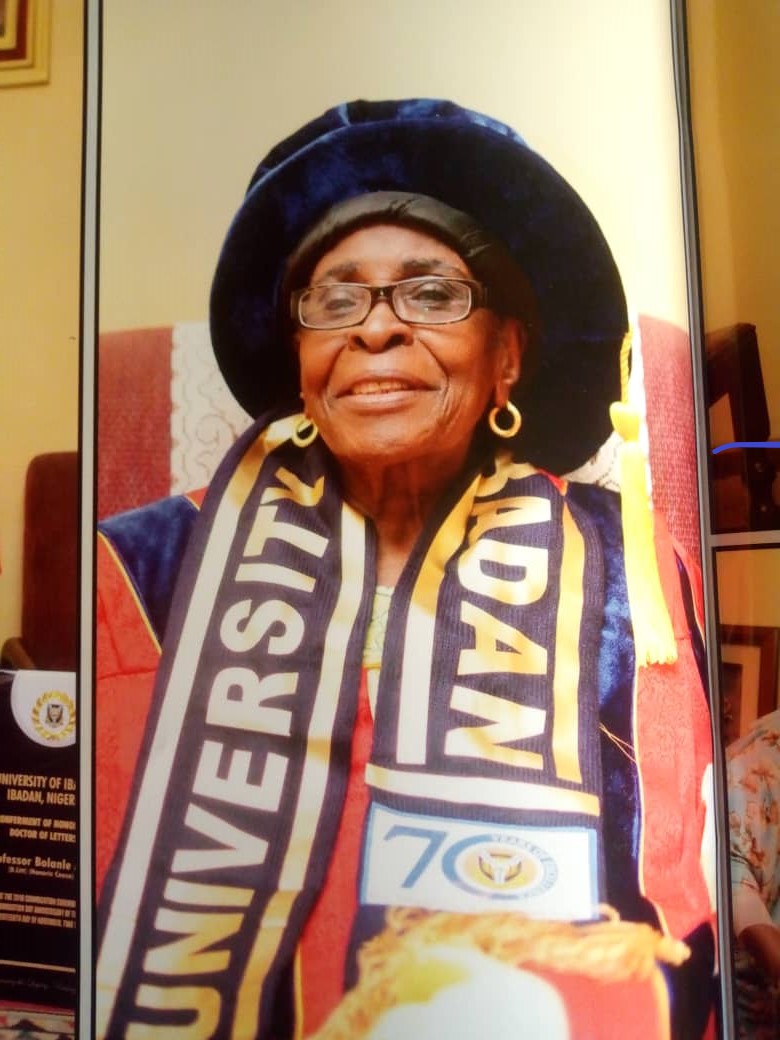 She commenced her career in academia at the University of Ibadan and rose to become Nigeria’s first female Professor of History. She is one of the few historians that incorporate oral traditions in evidence. Indeed, she has been able to trace back histories before the arrival of Europeans; and has several incisive publications to her credit.

Professor Bolanle Awe is the Co-Founder of the famous Women’s Research and Documentation Centre (WORD DOC) at the Institute of African Studies, University of Ibadan. The Centre is a resource centre for research in women’s and gender studies, and an advocacy platform for issues that affect women in the Nigerian society and polity.

She was the pioneer Chairperson of the National Commission for Women [1990-1992], and was instrumental in the formal creation of the Ministry of Women Affairs in Nigeria. She also previously served as the then Oyo State Commissioner of Education with tremendous impact.

Since her formal retirement from full-time service in 1998, she has been engaged in research and on occasion been invited to serve in one capacity or the other. Among others, she was Pro-Chancellor & Chairman of Council, University of Nigeria, Nsukka.

An Officer of the Order of the Federal Republic [OFR], Professor Bolanle Awe has received many other commendations, including an honorary doctorate degree at the 70th Anniversary of the founding of the University of Ibadan. She is also widely celebrated as ‘The Matriarch of Feminist History’ for her unwavering display of positive values, promotion of Yoruba culture, and advancement of scholarship.

She was happily married with children for some 55 years to Professor Olumuyiwa Awe of blessed memory.

Ladies & Gentlemen, it is with great pleasure that we invite Professor Bolanle Awe to receive the “2020 Hallmarks of Labour Role Model Award for Outstanding Contributions in the Field of Education”.