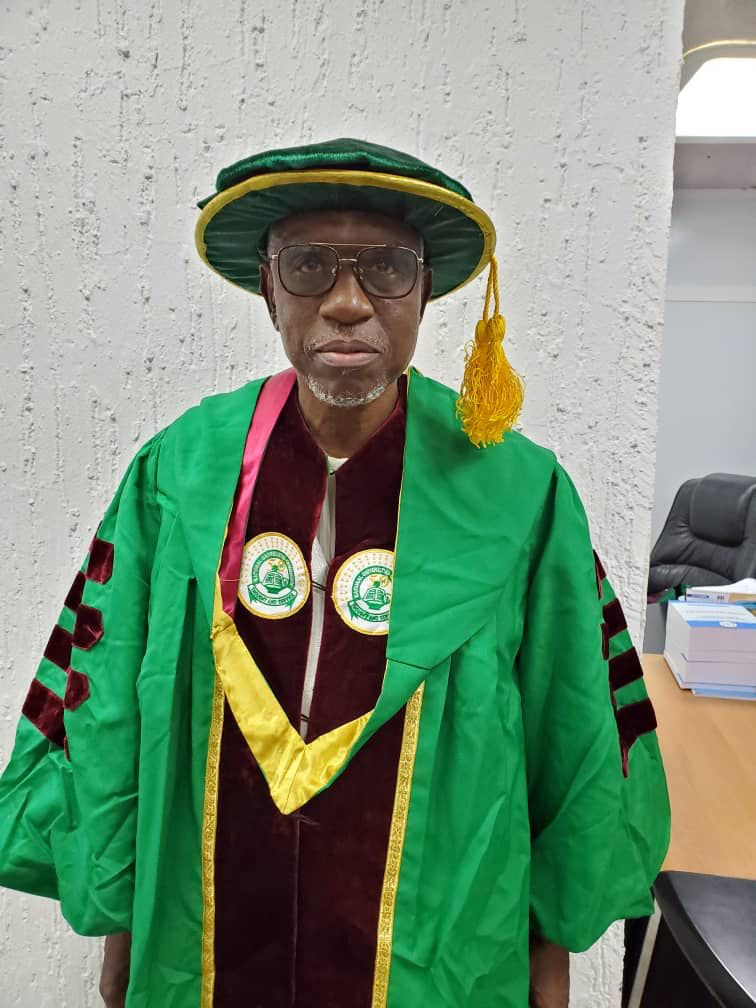 He started his career in academia in 1981 as a Graduate Assistant in the Department of English & European Languages, Bayero University, Kano [BUK], and became a full Professor in 2001. Beyond the lecture halls, he variously served as Head of Department, Dean of the Faculty of Arts, Director of Bayero Consult, Deputy Vice-Chancellor [Administration & Academics] – attaining the post of Vice-Chancellor of BUK in 2010.

As VC, BUK, he initiated new academic programmes and several infrastructural projects in the University’s two campuses and Teaching Hospital. Little wonder BUK scored many firsts in Accreditation, Needs Assessment and Tertiary Education Fund [TETFUND] utilisation. Indeed, the new Senate Building is named after him in appreciation of his invaluable contributions.

Between 1993 and 1999, there was a refreshing hiatus from the Ivory Tower when Professor Abubakar Rasheed was on special assignment at the New Nigerian newspapers – progressively moving from Editor, Sunday New Nigerian, through Editor, Daily New Nigerian to Managing Director/Chief Executive of the media group.

Back in academia in 1999, he served variously on the Governing Councils/Boards of Ahmadu Bello University, Zaria, University of Jos, and the National Institute for Nigerian Languages. He was also on the Panel of Judges of the Nigeria Prize for Literature sponsored by the Nigeria Liquefied Natural Gas [NLNG].

In the wake of his memorable term as VC of BUK, Professor Abubakar Rasheed was deservedly appointed the Executive Secretary of the National Universities Commission [NUC], in August 2016. His tenure so far has witnessed impressive initiatives aimed at enabling the nation’s universities for practical relevance to sustainable development and global competitiveness. These include: streamlining accreditation processes for university academic programmes across the country in line with best practices; as well as the setting up of a Strategic Advisory Committee that now produces Statistical Digests and a Compendium of full Professors in Nigerian universities.

Ladies and Gentlemen, we respectfully invite Professor Abubakar Adamu Rasheed to step forward to receive the ‘2021 Hallmarks of Labour – Umaru Shehu Life -Time Achievement Award to the Most Consistent Advocate for Positive Change within the University System.