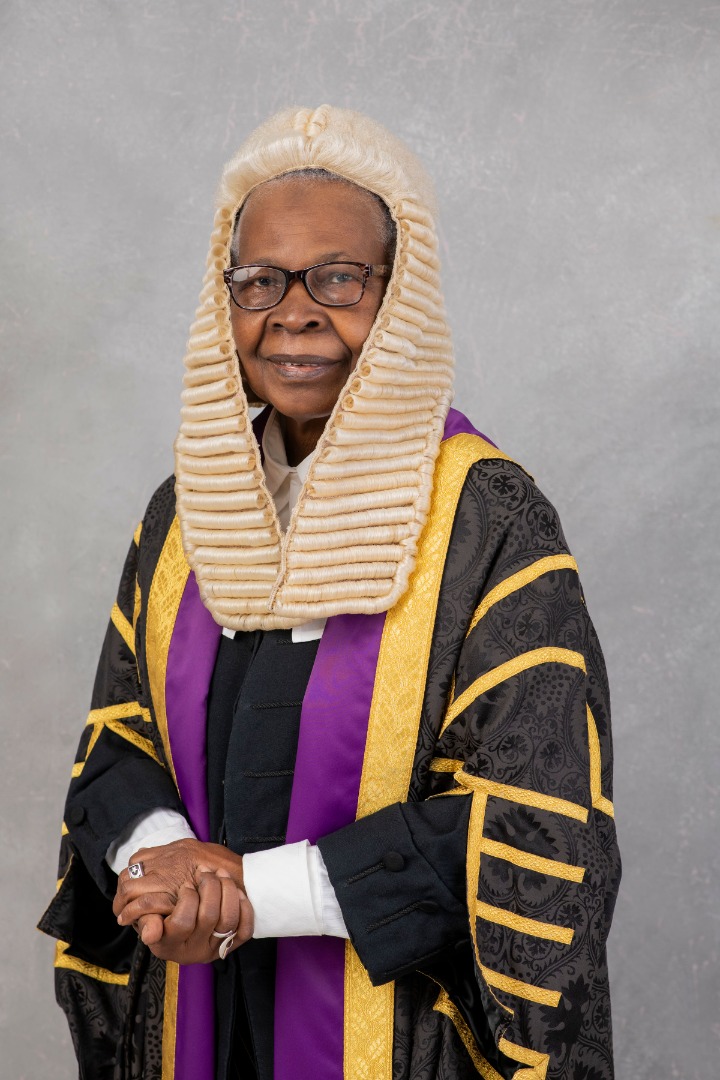 She had most of her formal education in the United Kingdom where she studied Law at Lincoln’s Inn. She was called to the English Bar on February 5, 1963, at the age of 21, and to the Nigerian Bar a few months later.

With a distinguished legal career over some 6 decades, she had a 4-year stint in the Chambers of Chief Chris Ogunbanjo & Co. She subsequently set up her own practice — Libra Law Office in Lagos — where she is a senior partner. She appeared in the High Courts at Ibadan, Ijebu-Ode, Kaduna, Ikeja and Maiduguri as well as the Court of Appeal and Supreme Court where she handled several leading cases.

Based on her track record, she was appointed Lagos State Attorney-General & Commissioner for Justice in January 1984 – the first female for the State and second female in Nigeria, next to Mrs. [Justice] Victoria Nnegemeh of the then Anambra State.

Aside from routine legislation and providing legal advice as Attorney-General & Justice Commissioner, she initiated quite a number of innovations to enhance the administration of justice in the State – some with far-reaching impact on the rest of the country. Among these commendable attainments were:

Mrs. Hairat Balogun has many records of “Firsts”. Aside from being the pioneer female Attorney-General & Commissioner for Justice of Lagos State, she was elected the first Secretary-General of the Nigerian Bar Association [NBA], 1981-1983; first female Chairman of the Body of Benchers; first female Nigerian Member of Council of the International Bar Association; and first female President of the Rotary Club of Lagos, 2012-2013.

An Officer of the Order of Niger [OON] for services rendered to the Nigerian legal profession and also honoured with the Nigerian Legal Award [NLA], Mrs. Hairat Balogun is a Life-Bencher and a Life Member of the International Federation of Women Lawyers (FIDA). She is the author of the revealing To Serve in Truth and Justice [her legal memoirs] and Women in the Law.

A Soroptimist and Rotarian to the core, she is happily married with children.

Ladies & Gentlemen, we heartily invite Mrs. Hairat Aderinsola Balogun to receive the “2021 Hallmarks of Labour Life-Time Achievement Award for Exemplary/Courageous Service to the Advancement of our Legal System”.