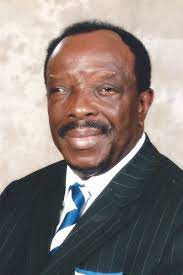 A Senior Fellow at the Pritzker School Medicine, University Chicago, Illinois [1974-1975], Dr. Sonny Kuku also served as a Senior Lecturer at the College of Medicine of University Lagos for about three years.

In 1978, he and two other eminent medical experts – Drs. Eneli and Obiorah – established The EKO Hospital – easily one of Nigeria’s best medical facilities. He is a Joint Chief Medical Director of the Hospital as well as the Chairman, Immunoassay Laboratories Limited and Ekocorp. PLC.

Beyond the field of medicine, Dr. Sonny Kuku has been pressed into service on some other national assignments. He was Pro-Chancellor & Chairman of Council, Ogun State [Olabisi Onabanjo] University, Ago-Iwoye between 1993 & 1999, Chairman, Committee of Pro-Chancellors of State Universities & Tertiary Hospitals, from 1995 to 1999, and Director, Midas Merchant Bank for about five years. He has been the Chairman of Midas Stockbrokers Limited since 1990.

Dr. Sonny Kuku’s attainments have been acknowledged severally locally and internationally. Listed as a Noteworthy Endocrinologist in Marquis Who’s Who, he is the recipient of the First Distinguished Alumnus award of University Lagos; and Ambassador of Goodwill for the City of Freetown, Sierra Leone.

Ladies & Gentlemen, we respectfully invite Dr. Sonny Folorunso Kuku to receive the “2020 Hallmarks of Labour Role Model Award for Outstanding Contributions in the Field of Medicine”.