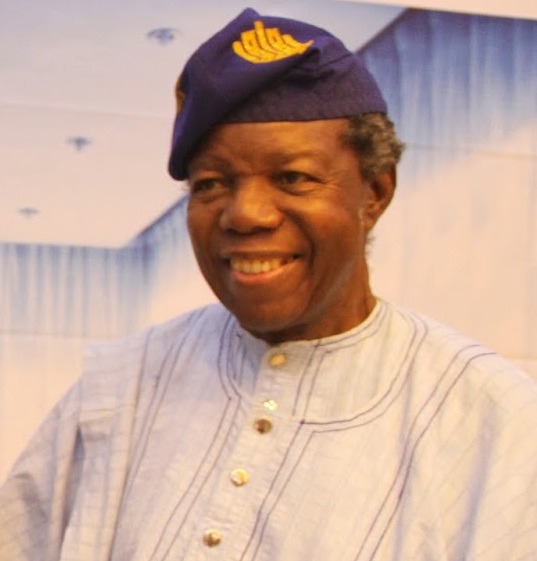 Dr. Michael Olawole Omolayole was born over 65 years ago in Ijebu-Mushin, Ogun State. He obtained a Post Graduate diploma in Education from Oxford University in 1954, having gone through St. Gregory College, Lagos (1943-1947) and the University of Ibadan (1948-1952). His career started in 1952 as a science teacher at St. Gregory’s College, Lagos where he was until 1958 when he joined Lever Brothers Nigeria Limited as a Training Manager. In Lever Brothers, Dr. Omolayole proved his outstanding qualities and within 7 years had risen to the post of a Personnel Director. He became Vice Chairman of the Company in 1971, a post he held until 1975 when he was appointed the first Nigerian Chairman and Managing Director. Dr. Omolayole has been Chairman and/or Director of various companies outsisde Lever Brothers. He was a Director of UAC of Nigeria Limited from 1969 to 1974, Director and later Chairman of National Bank of Nigerian (1972-1975). He is at present the Chairman of Board of Directors of Chemical and Allied Products Plc., Ogun State University Investment Company, American International Insurance Company Plc. (AIICO) and Industrial Gases Plc. He also seat on the Board of Nestle Foods Nigeria Plc.

A management expert in his own right who has written so eruditely on various aspects of Management, Dr. Omolayole has been considered worthy of, and performed creditably in offices that command heights of our economy.

Dr. Omolayole has been Chairman of the Nigerian Institute of Management (1971-1976) of which he is a fellow, and on whose Council he still serves; Member of the council for the centre of management development (1972-1975) and a member of the industrial training fund and the nigerian institite of social and economic research; nigerian employers consultative association (president 1980-85 among others. He is at present involved in the management of atleast 35 organizations and bodies among which are: Lagos Chambers of Commerce and industry (Vice president), National Man-power Board (Member), National Labour Advisory Committee (Member), University of Ibadan Alumni Association, Lagos Branch (Past President), Council of Ogun State University (Former Pro-Chancellor), Council of African Advisers to the World Bank (Member). He is also a member of International Board of Advisors of AIESEC International in Brussels, and Chairman of the National Board of Advisors of AIESEC Nigeria. Dr. Omolayole is a life honorary member of AIESEC.

Dr. Omolayole holds an honoraryDoctor of Laws (LL.D) from the University of Ibadan and was for sometime a visiting Professor of Personnel Management and industrial Relations at the University of Lagos. He is a member of varuious clubs and societies inccluding Rotary International, Sigma Club, Metropolitan Club and Friends of the International Gallery of Modern Arts.

Dr. Omolayole is presently the Chairman & Chief Executive of Omolayole and Associates – a Management Consulting Outfit. Dr. Michael Omolayole is married with 5 children.

Dr. Omolayole has blazed trails where there was no footpath before. He has risen phenomenally and has distinguished himself and proved his worth. He is a deserving beneficiary of the perpetual honour of “the Annual Management Lectures”.